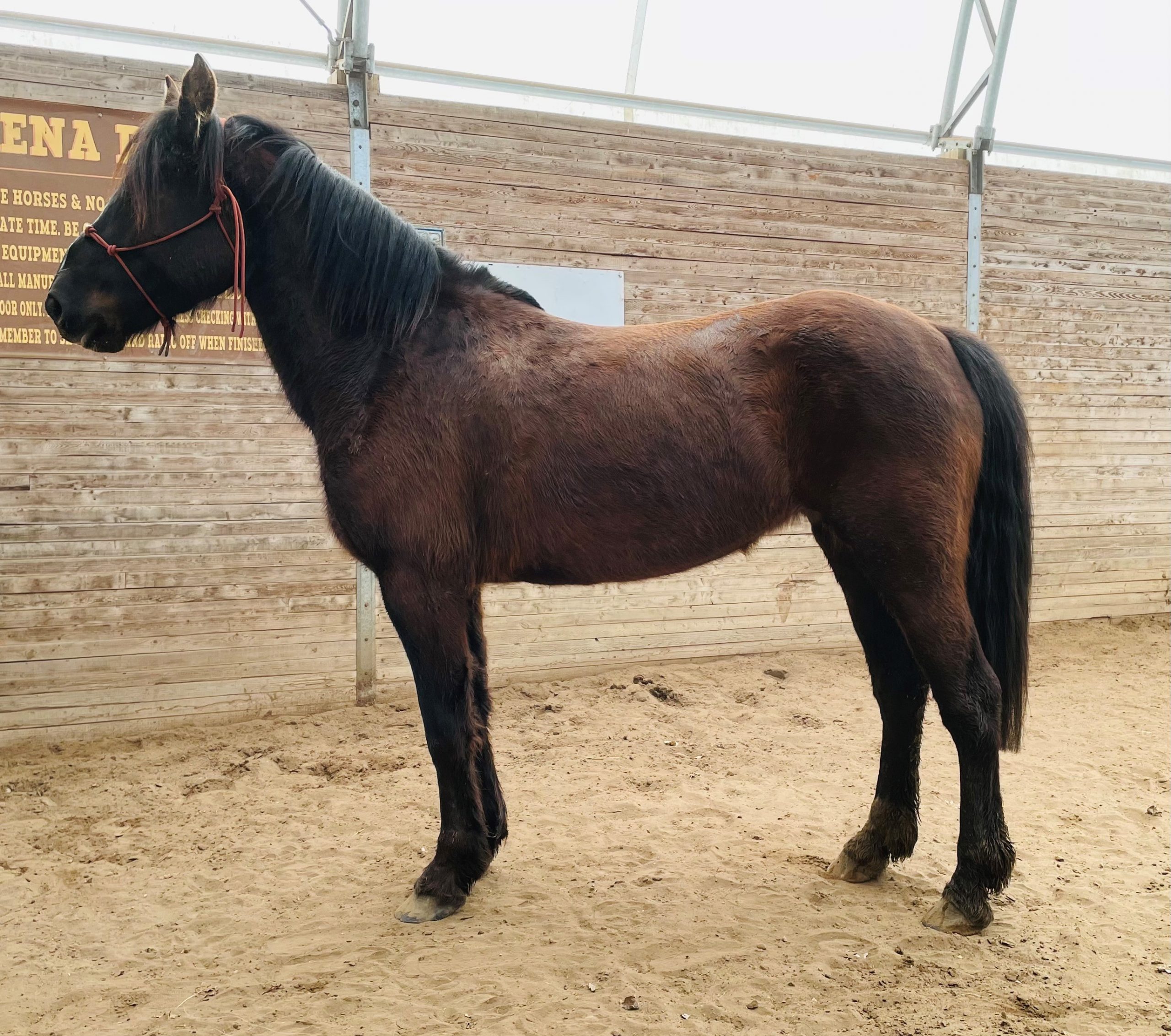 The counter bend is elusive for many reasons, but mostly the complexity of the maneuver.  I tried to find a good video on YouTube but without much success – most of the YouTube videos are dressage riders dealing with bending a horse around corners.  I also found a few poor attempts at the real thing that resulted in the horse either badly dropping in or simply not getting any bend through the body.  The best video I could find was with Richard Caldwell, who is sadly no longer with us and left far too short of a video legacy, working on one of his horses.

Counter bending a horse is exactly what the name suggests, bending the “body” of the horse around the outside leg on a circle.  Imagine yourself leg yielding your horse around a circle, crucially, without its shoulder dropping and with only a few degrees of bend in the neck.  But that still is not quite it, while the leg yield is a counter bend the idea of counter bending the horse in a circle is not that it should travel sideways – it should still be travelling forwards even while carrying the frame of a bend.  The bend of course is differentiated from flexion by maintaining the same curve throughout the horse’s body, from the ears to the tail.

Riders may think their horses are bending when they turn their heads or move their loins to escape the spur, but neither are the same thing.  Flexion is when the horse bends between the ears and the withers, the horse could be bending at flexing at the sale time, especially it has a “floppy neck”.  The floppy necked horse is out of balance and so is the horse that is tense as it moves away from the pain of a gut hook.  A horse that is soft and pliable through the loins will feel that way to a light touch and give the expression of moving effortlessly, upright and in balance.

If the rider is holding the horse’s head up or to the outside the horse is too rigid to properly bend through the body and the rider should go back to (loin) suppling exercises.  Spurs are useful tools and help immensely with refinement, but they should be used sparingly.

In order to prepare your horse for a counter bend you will need to ensure that it can easily and softly move on the haunches and forehand from side tide and be supple through the loin.  Pole bending and serpentine exercises are both good for developing softness through the flanks.  Enjoy practicing the elements and the rest will just come.