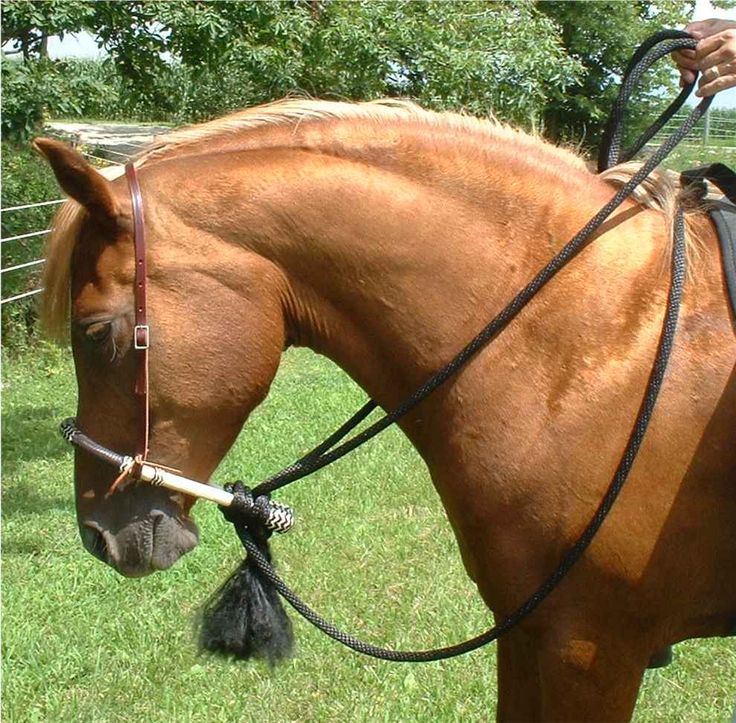 Seems that with some folks their go-to solution for a horse not moving is pull harder.  For the horse pulling is a whole new experience, they are a prey animal, not a predator, pulling is not a normal part of any horse’s daily routine, but they can get very good at it very quickly.

Horses have an instinct to move away from trouble, when they feel something is pulling them in one direction their instincts say that they need to pull in the other to survive and escape the pull.  Quite often they are successful, and this success reinforces that pulling is actually a good idea.

Horses that are accustomed to being worked in a harness to pull lumber or wagons find that the reward is the release of pressure after they have completed their task, pulled – so pulling is rewarded.  Your horse will react in a very similar manner to you pulling on him.  The more you pull the more he will pull back and because he is stronger than you he will quickly learn that pulling brings relief.

People pull when they lead their horses, and they pull when they ride their horses.  If they are pulling on the reins when riding, the horse will often start to stick its head up in the air looking for relief.  Positioning the bit, particularly a snaffle, so that it is pulling on the fleshy corners of the mouth, as painful as it might be, may provide some relief  for the horse from the soring of the bars of the mouth and the snaffle joint pressing into the roof of the mouth.

All the horse is doing is trying to escape from trouble and the rider, in this situation, is piling trouble up on the horse.  Pretty soon the horse’s go-to move is to stick its nose up in the air in anticipation at the first sign of trouble – the rider reaching for the reins.  This can happen before the rider has applied any pressure and usually results in the rider getting offended and pulling harder or snapping on the reins.  The next resort of the rider is usually to go a much harsher bit, such as a twisted wire snaffle and/or to put a tie down or martingale on the horse and the war is on.

When leading a horse on the ground the lead rope ought to have some slack in it and the horse ought not be pulled, lest it learn to pull away as described above.  When a horse sets its feet and refuses to come along I have found that simply holding steady pressure on the lead will cause some discomfort for the horse and after a minute or two he will usually move forward to seek relief.  It is important to reward this behaviour with a release of pressure (for about 10-15 seconds) before repeating the process.  If “holding” (as opposed to pulling) doesn’t work you may either bump the horse, on the lead rope, from the side or tap his hind to free up the back feet and get him moving again.

Alternatively, a series of small bumps on the lead rope can create the discomfort needed to stimulate the horse to seek relief.  Again, the release must be prolonged for at least 10-15 seconds to allow the horse to process what just happened and how its actions led to the relief it sought.  When horses root their feet, it is mostly because of a fear of moving forward or because they have not experienced the release that comes when they move their feet.  In other words, the trainer is pulling harder as opposed to holding the pressure.

Horses learn from a release of pressure more than they do from the application of pressure, paradoxically pressure is needed to create a release just as a release gives meaning to pressure.  Nonetheless, the release is the most important teaching aid you can ever learn, apply it correctly and the results will speak for themselves, apply it with bad timing and you won’t like what you get.