You may have noticed that some riders, owners and/or handlers have trouble with the simplest things, even leading a horse.  Leading a horse need not be too complicated but we can make it so.  The problem is usually as simple as a lack of understanding and sometimes a fear of offending the horse or it overreacting to stimuli.

Here’s a typical scenario, a lady is leading her horse and it stops to look around, planting its feet firmly where it stands and apparently refusing to move forward.  I say “apparently” because that’s her view and not what’s really happening.  What’s happening is the horse doesn’t view her as a leader and is not motivated to follow her.

A horse should follow a light feel on the lead rope, if it doesn’t either it has not been properly trained or its not being properly led.  One of the first stages of development for a horse is to learn to follow a feel, when the lead gets taught the horse should put the slack back into it.   This is done by creating pressure for the horse that it can move away from.  There are several ways to accomplish this but in the Vaquero world they usually start in the round pen where the horse is taught to move away from pressure created by the trainer.

Assuming the horse has learned to move from pressure, and most have by the time they get to be in the hands of a beginner, it should be a simple matter of creating motivation.   One method might be to hold the lead rope taught (not pulling – just taking the slack out) and holding it until the horse moves, another might be to bump the lead rope until the horse starts moving its feet, another could be using the end of a lunge whip or carrot stick, or simply the end of the lead rope, if it’s long enough, to tap the horse on the flank as the handler walks away.

Now, the problem would be solved in a few minutes with a more experienced handler who doesn’t let the horse “get away with this behaviour”.  Some folks might think that when Ray Hunt said “the horse is always right” he meant you should let it do whatever it wants.  But that was not what he meant, Ray meant that the horse is acting accordance with its own nature and responding to the stimuli provided in the best way it can understand.

Ray Hunt also said:  “The horse knows.  He knows the human twenty to one.  It’s amazing how much he’ll get out of things, how he’ll fill in for as little as the human knows about him.  How that horse can handle it has always been a mystery to me.  Put yourself in his shoes to live your whole life where no one knows who you really are. Well, I haven’t met a human yet who compares to a horse.  A human couldn’t take it.  See, you can get a horse to do something if you’re tough enough, just like you can with a human.  But a willing communication is a different matter.  You fix it so the horse can try, then you allow him to work it out.  You have to give him that dignity.  You make your idea his idea.  I believe these colts, I trust them.  I always trust they can buck too.  Don’t think they won’t.  Just keep fixing it up and let them find it.  Don’t try to make it happen.  Prepare to position for the transition.  The transition is the last thing that happens.  And don’t try to be boss. 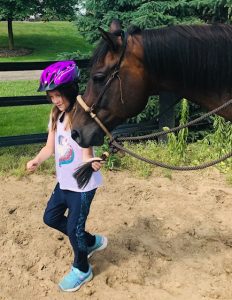