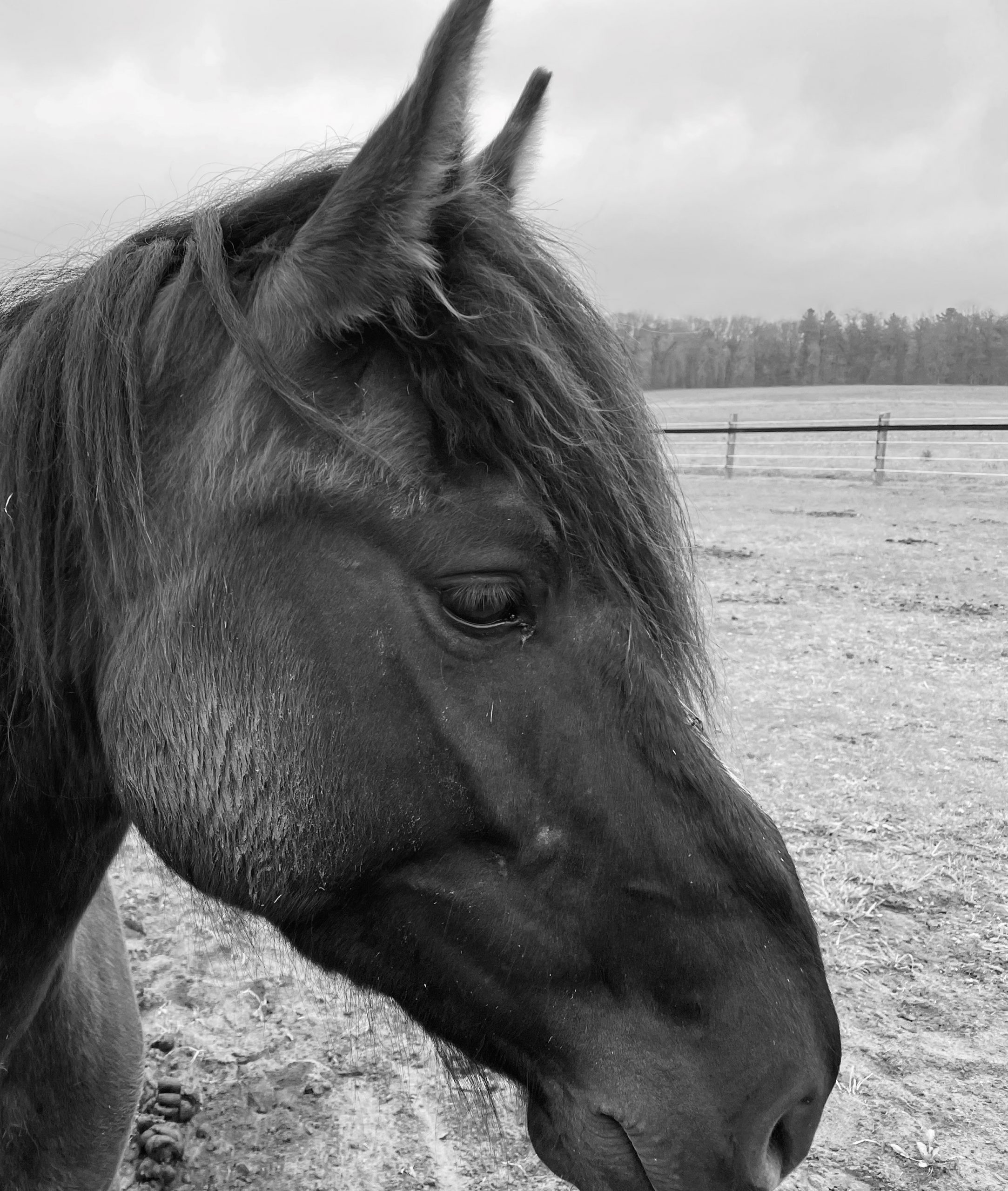 I was recently talking to someone about the application of a similar medication and was blown away when they proposed having a big person “hold the horse’s head still” while they “gave the horse the medication”.  But then I started to reflect on watching some people struggling to get the task of deworming their horses done.

Analogously, imagine if someone you knew walked over to you, suddenly making a grab for your front (pants) pocket, and trying to stuff something in it.  You would naturally step back, avoid them, and probably object vocally saying something like “hey what are you doing?”.  Your horse is no different – in his own way he is asking “what the heck are you doing?”.

The head tossing and evasion begins, and the frustrated handler gets mad at the horse and the ordeal is on, for the horse.  Eventually, the “successful” handler vacates the tube with horse swallowing most of the medication and dribbling some out of its mouth.  The handler thinks, “phew, thank god I only have to do this twice each year!”.

The way I like to go about the process does not entail “holding the horse’s head” or so much “giving the horse the medication” as offering it to them so they willingly take it.  Horses have survived as prey animals by being suspicious, so when you have that white tube in your hand, they are already wary.  Do not make a big deal of it, offer it to them to sniff or lip, rub on them softly, and reassuringly, as they do.

I squeeze a little of the paste out of the end let the horse get a taste while I move the tube away – I think they have a fruity taste, often banana – at least that is the way they smell.  The horse starts to think of this as a more pleasant thing to have in its mouth, so then I go ahead and softly insert the tube onto the tongue and squeeze a little more out, again removing the tube so the horse can taste the paste.

Allowing my horses, a little while to get the taste, and start thinking about getting more, makes them more willing to accept the tube in their mouths.   I will reinsert the tube further into the mouth and vacate about half the tube, again removing it so the horse can get a taste and swallow the contents.  One final insertion will normally be enough to vacate the rest of the tube and the horse is done, de-wormed, and mostly looking forward to more.  If you try to move in too fast and vacate the whole tube it is like the difference between offering someone a cup of tea and waterboarding them.

Next time you are deworming think more about your presentation and making the experience a positive one.