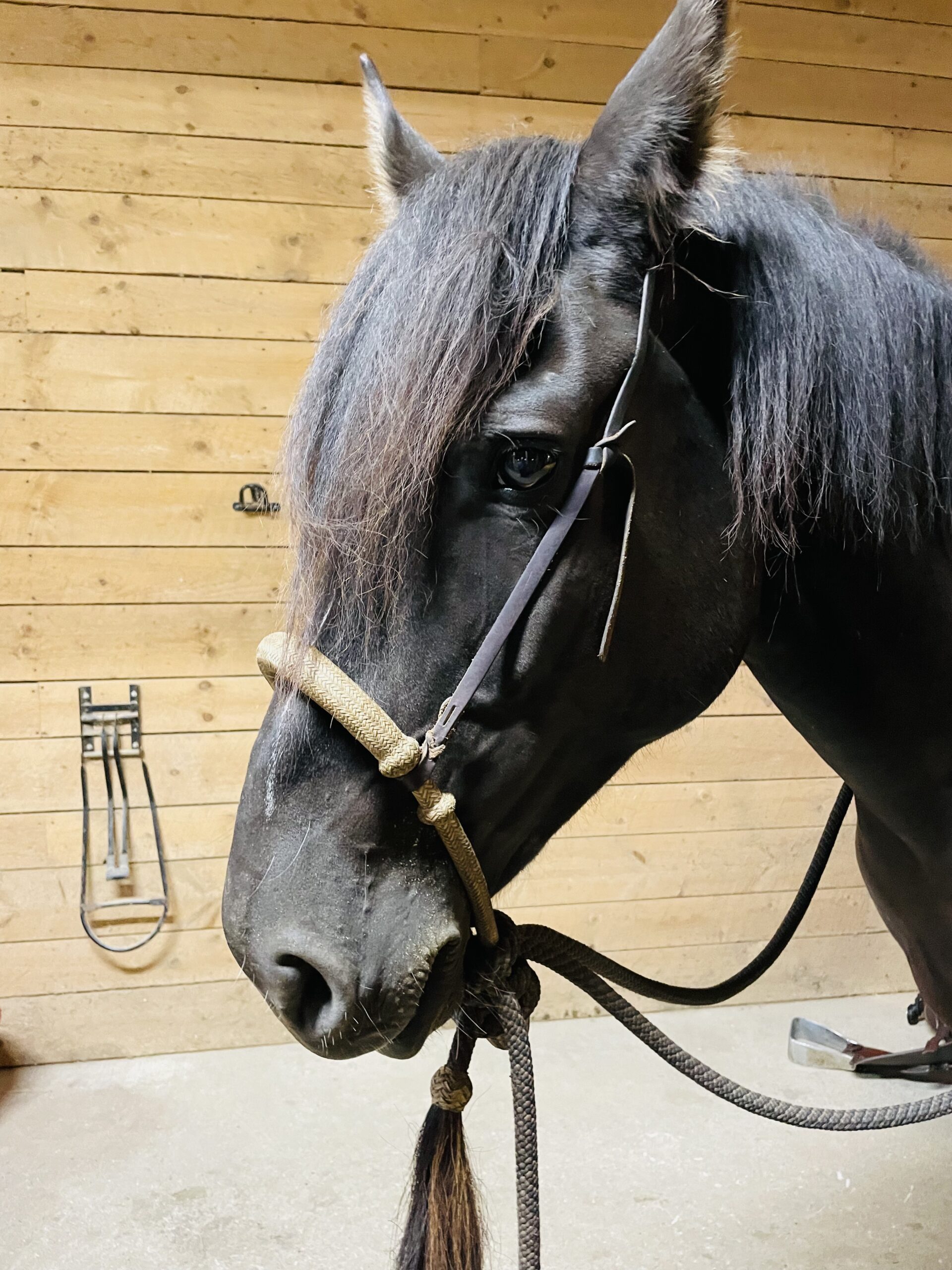 For many riders completing the task is more important that how the task is completed.  The result is often a degeneration into a battle of wills between the rider and the horse.  The best example being overuse of the aids.  There are many examples of rider frustration that might come to mind from pulling and spurring to locking and banging on one.

Backing one up for instance, horses are very unaccustomed to backing up, when left alone in their own world (without people) it is unusual for one to back up more than one or two steps to prepare for a turn.  But that doesn’t stop a person from pulling on the reins to try to drag one backwards.

Eventually the horse may  figure it out, after a lot of pain – after all, horses evolved to escape danger.  Taking the time to prepare the horse by using a step-by-step approach is better for both horse and rider, but it takes time.  Leaning backwards and pulling as hard you can, will, with quieter horses, get the task completed, and eventually the horse will get the idea, if only to avoid pain.

With horses that aren’t so quiet the results can be very dangerous; many a frustrated rider has added some spur to motivate the horse to step back.  The horse being pulled and driven, from the spur, will usually end up lightening its front and either stumbling over backwards or rearing up and sometimes rolling back onto the rider.

Another area of task completion, at any cost, is returning escapees back to their pastures.  Some horses can be difficult to catch, these are often, but not always, horses that are rarely handled or not handled very well.  For them eating grass, out in the big field seems like a much better deal than getting caught.

The work around for people who are inexperienced is to herd them, or chase them, back into their pasture.  But this, human reaction, too can have unintended consequences, like horses trying to jump gates to escape the person chasing it.  The horse may get caught up on the gate and be injured or worse, all the while the human is blaming the “stupid horse”.

It may take longer the first time or two, but a much better approach is to teach the horse to be prepared to get caught.  When a horse is mentally prepared to be caught it is not a challenging process to halter it and return it where it is supposed to be.  However, getting a horse prepared to be caught takes more than a few minutes and most humans are on the clock, both in terms of task completion and their willingness to learn.

The problem in either case is a lack of preparation, usually because the human has no experience or understanding of horses or the behaviour.  These people are usually aggressive and fearful, when their horse doesn’t comply with their expectations (because it doesn’t understand) they bail off and go to punishing the horse.